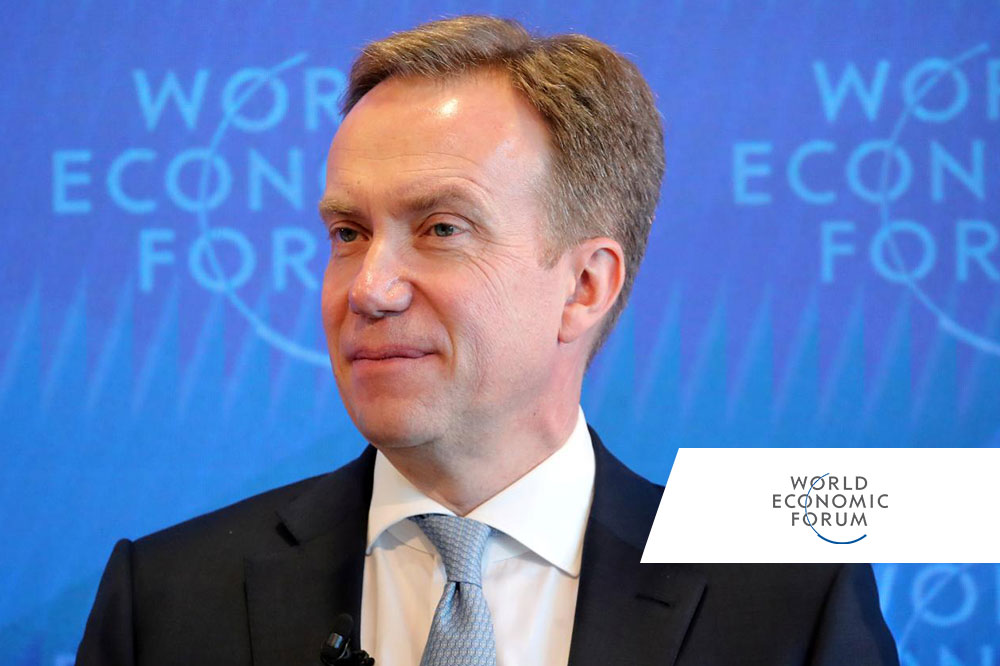 Børge Brende is a Norwegian politician, serving as President of the World Economic Forum (WEF) since 2017. He previously was Minister of Foreign Affairs from 2013 to 2017, Minister of Trade and Industry from 2004 to 2005 and Minister of the Environment from 2001 to 2004, all in Norway. In 2008, Mr. Brende joined the WEF as Managing Director until 2009. From 2009 to 2011, he was Secretary General of Red Cross Norway. He re-joined the WEF in 2011 as Managing Director with responsibility for policy initiatives and engagement of the Forum's non-business constituents. From 2010 to 2013, he was Chairman of Mesta, Norway's largest company in infrastructure maintenance. He was also Member of the Board of Statoil in Norway from 2012 to 2013. Before that, he served as Political Adviser in Parliament for the Conservative Party and to the Leader of the Party, Norway; CFO for KB-entrepreneur in Trondheim, Norway; Member of the Municipal Executive Board in Trondheim; Deputy Chair of the Conservative Party, Norway; Member of the Standing Committee on Finance and Economic Affairs in the Norwegian Parliament/The Storting; Chair of the UN Commission on Sustainable Development; Deputy Chair of the Standing Committee on Energy and the Environment (Norwegian Parliament/The Storting); Member of the China Council for International Environment and Development (Advisory body to the State Council). Børge Brende is the recipient of various awards and honors, including: Order of the Aztec Eagle, Mexico (2018); Grand Cross of the Order of San Carlos, Colombia (2018); Commander, Royal Norwegian Order of St Olav (2005); Cavaliere Di Gran Croce, Italy (2005); Grand Cross of the Order of the Phoenix, Greece (2004); "Gift to the Earth", WWF (2004). He has held several appointments, among those are the positions as Member of the Board, Norwegian School of Economics and Business Administration; Member of the UN High-level Advisory Group Every Woman Every Child; Core Advisory Council, Harvard International Negotiation Program. He holds a BA in economics, law and history, Norwegian University of Science and Technology (NTNU), Trondheim. MONDAY, MARCH 16, 2020 HOTEL MANDARIN ORIENTAL, QUAI TURRETTINI 1, 1201 GENEVA 11:30 A.M. RECEPTION, 12:10 P.M. KEYNOTE ADDRESS, FOLLOWED BY LUNCH